In addition, the building plan creates a major civic plaza at the corner of Ygnacio Valley Road and Oakland Boulevard. The importance of the Plaza is reinforced by the building’s axial plan which features a 4-story glass atrium. This axis carries through the Plaza entry level, and Atrium and aligns with the visual terminus of Ygnacio Valley Road. The Plaza has been carefully sculpted to create a hierarchy of exterior spaces including a public Lower Plaza and semi-public Upper Plaza, both of which are connected by a cascading crescent shaped fountain.

A major design theme is the integration of the Plaza, Fountain and Atrium into one spatial experience. This is accomplished through the use of water as a unifying design theme. The water feature begins in the Atrium on the 4th floor and cascades down four levels into two entry level pools. The pools extend as streams through the Atrium and into the Upper Plaza penetrating the 4-story semi-reflective green glass Atrium window wall. At the Upper Plaza the streams combine to form the fountain which falls to the lower plaza. 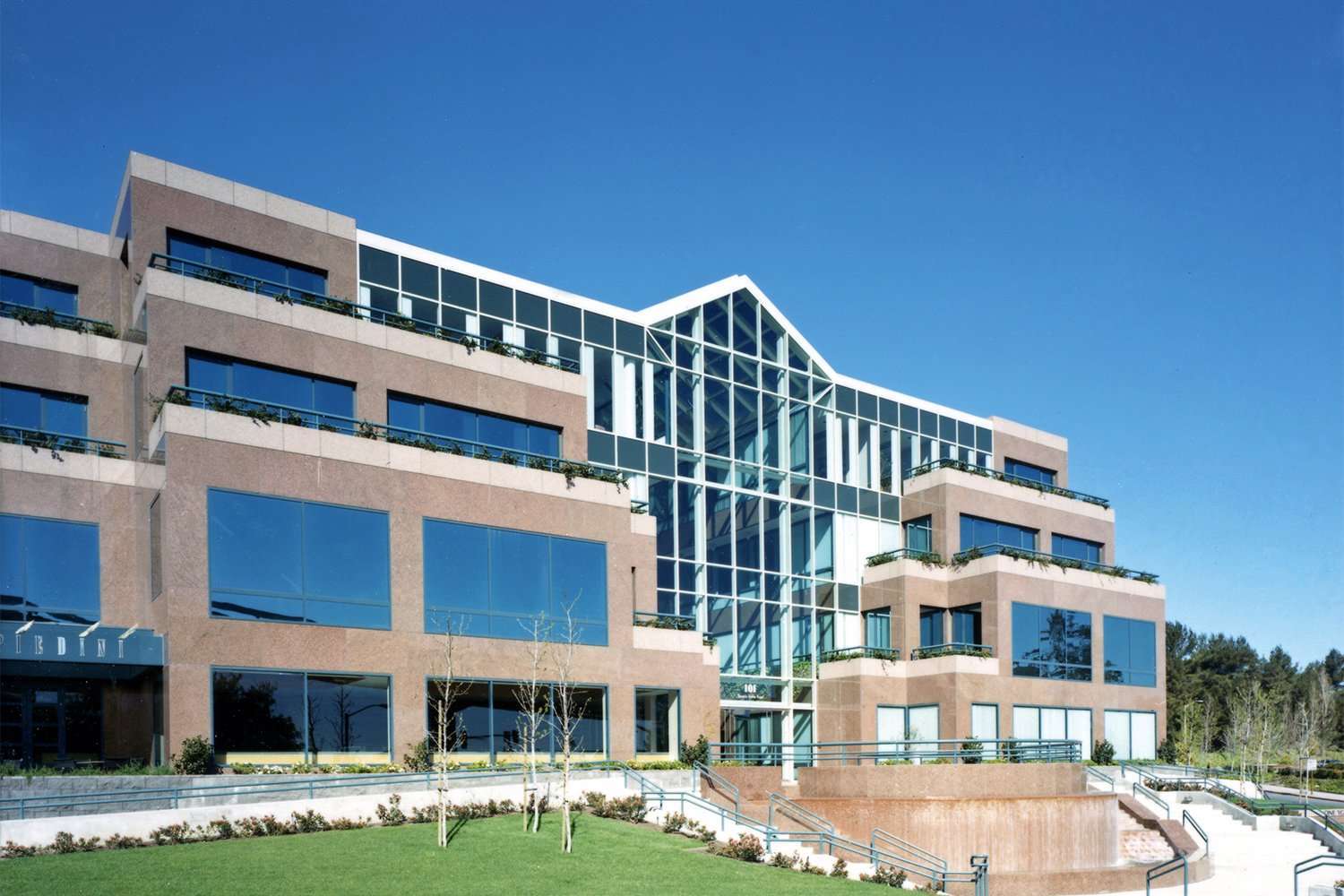 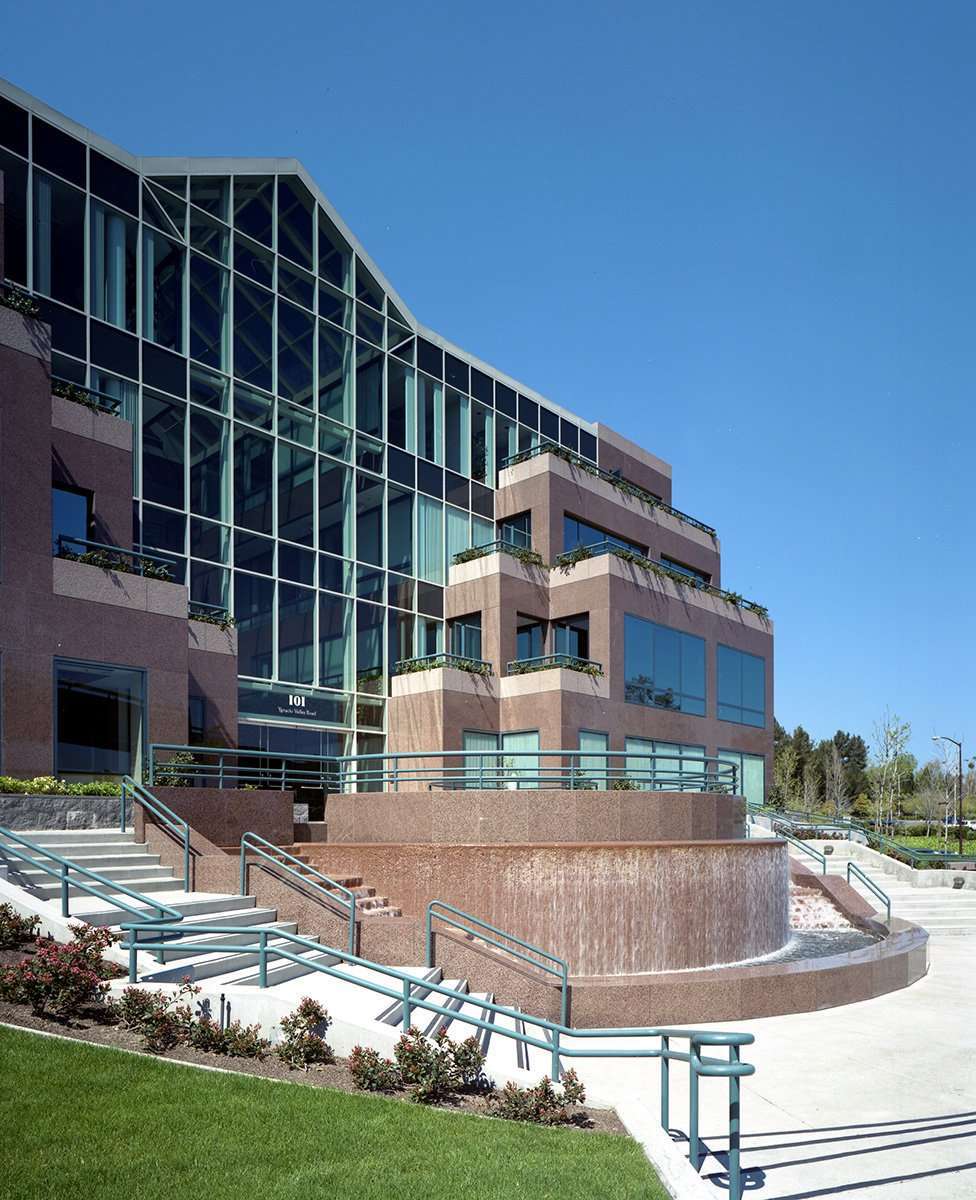 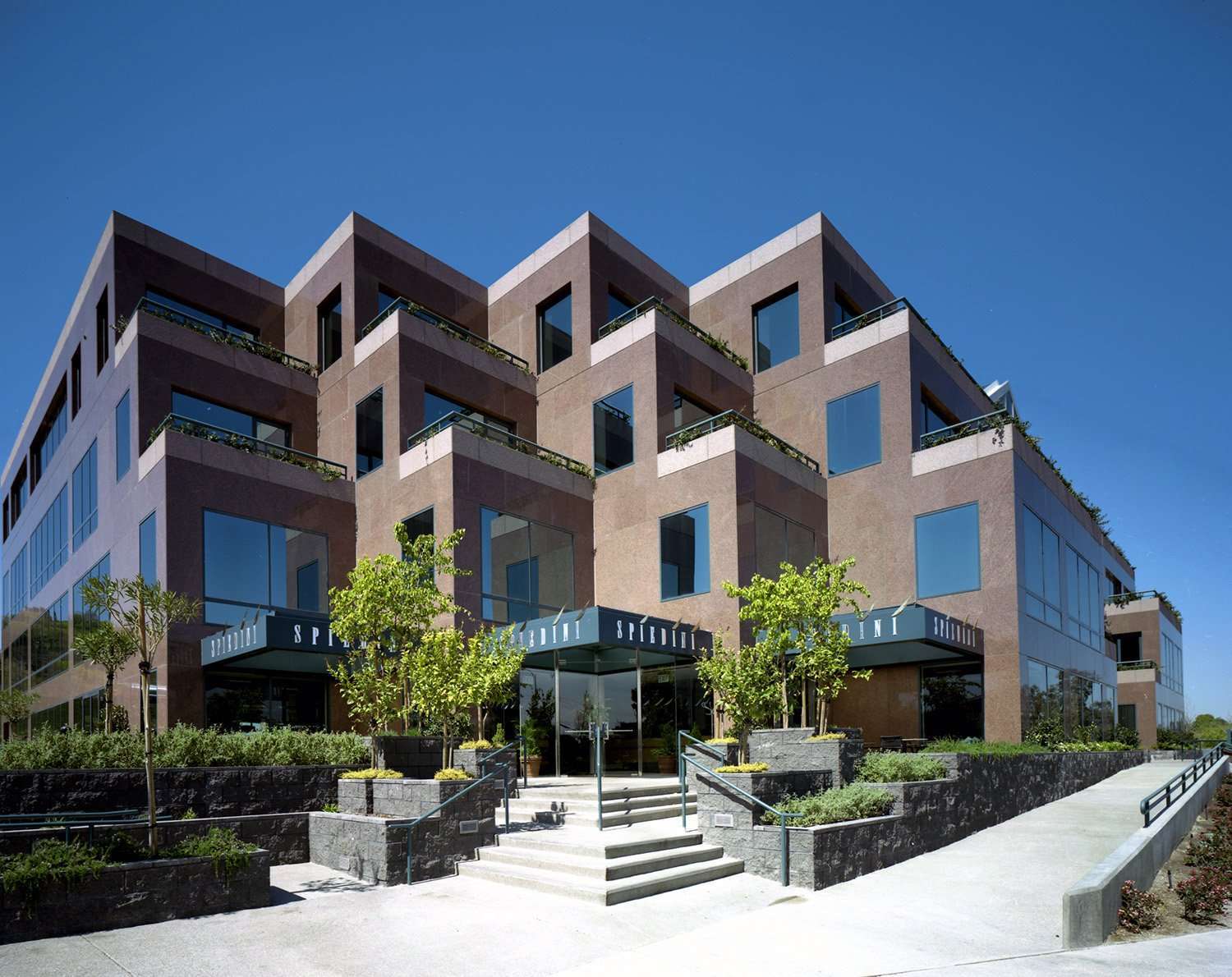 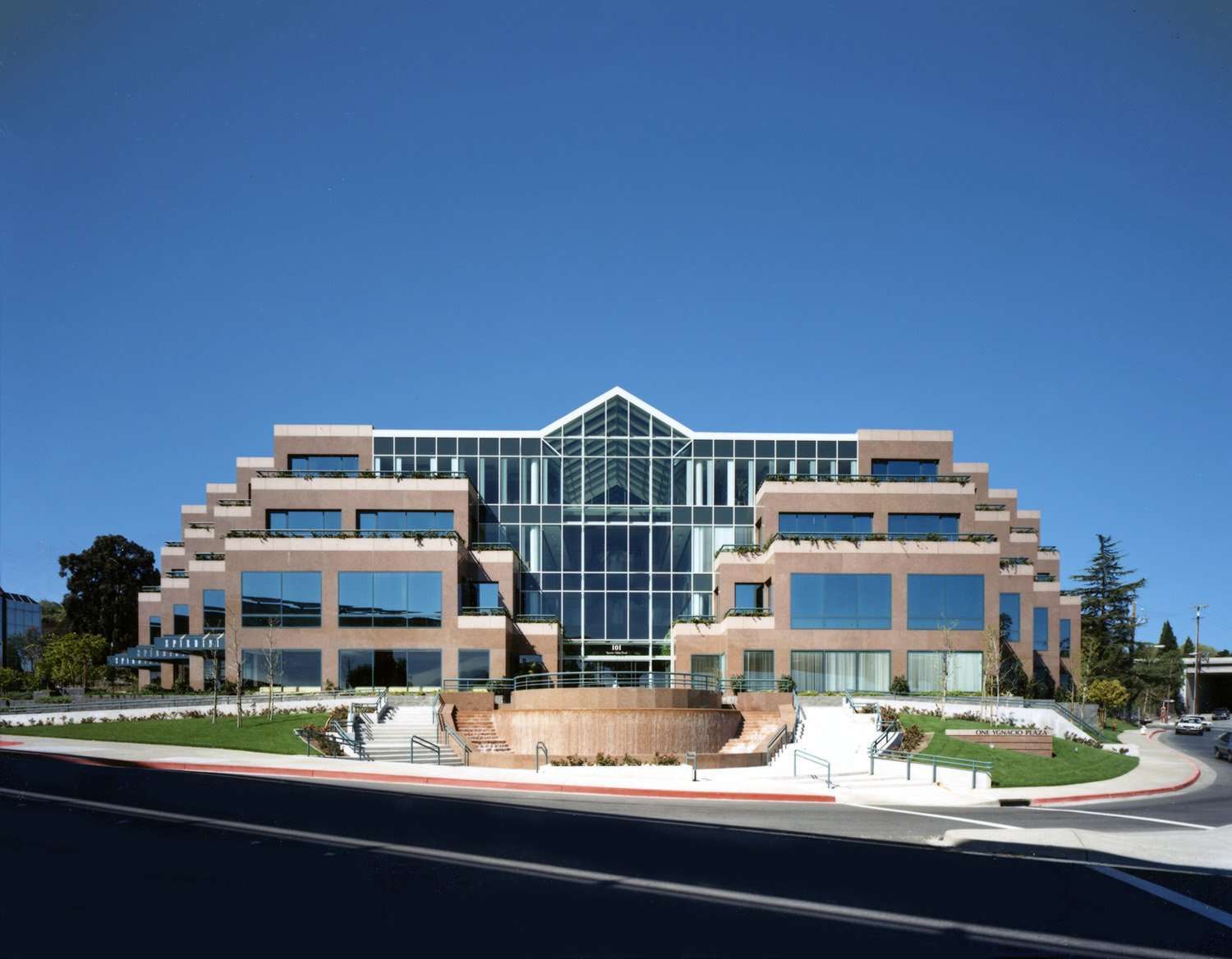 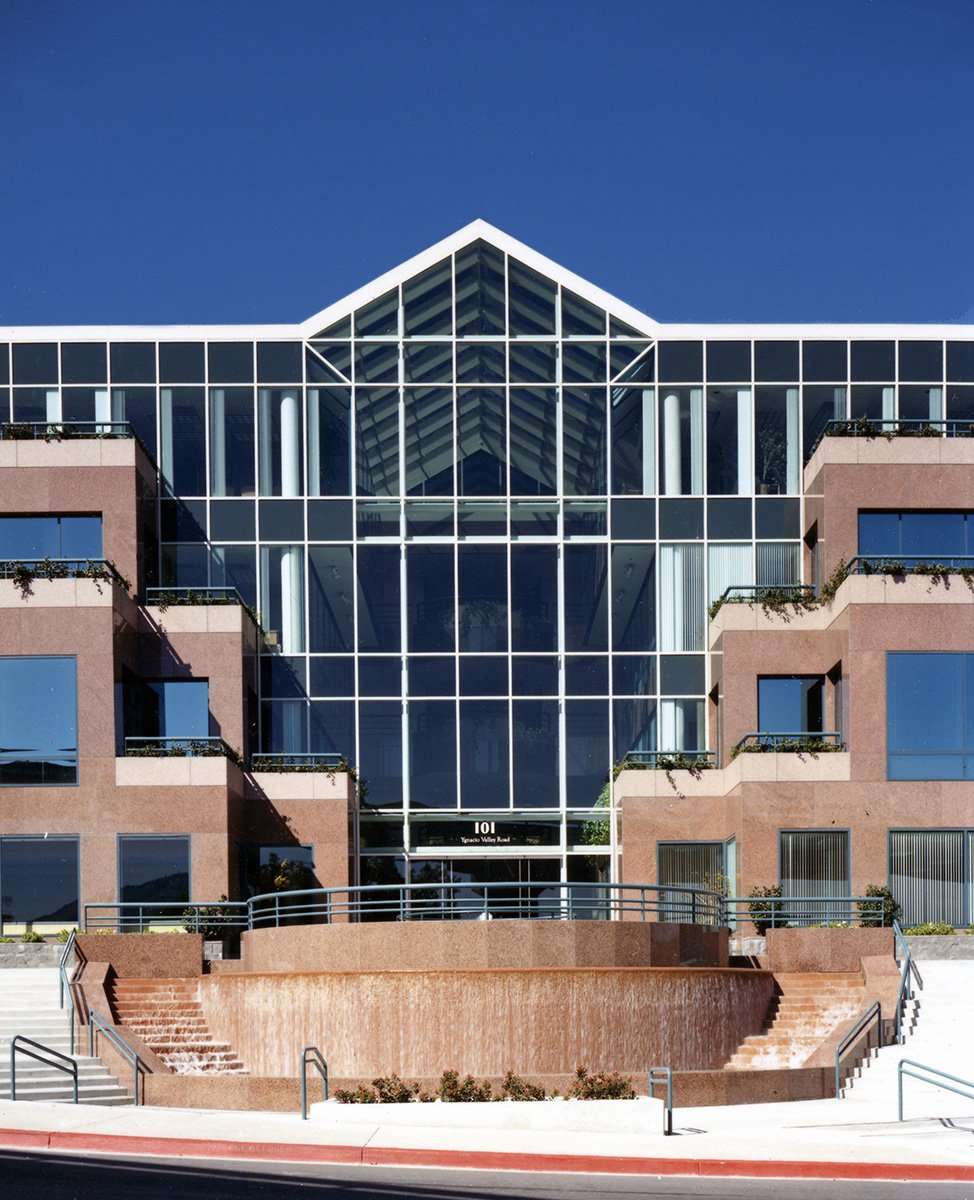 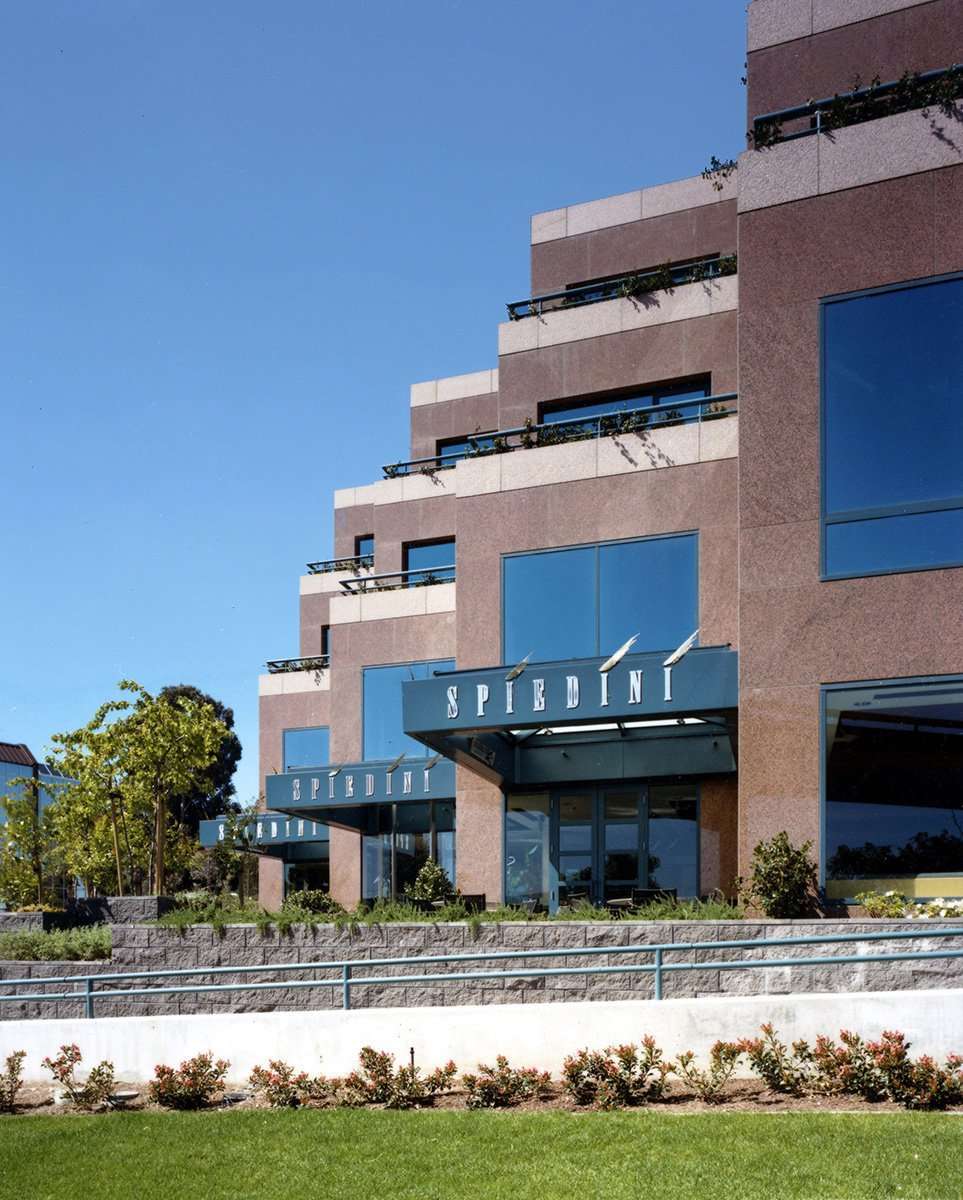 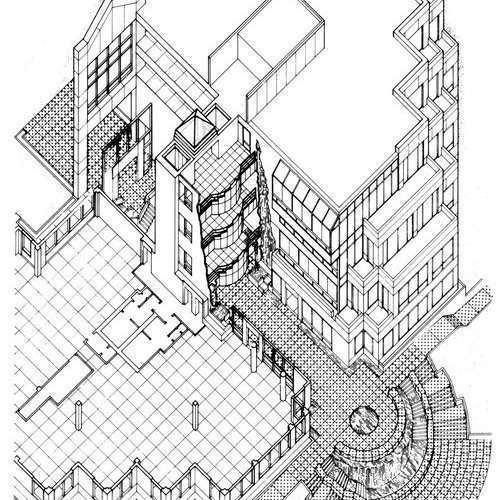 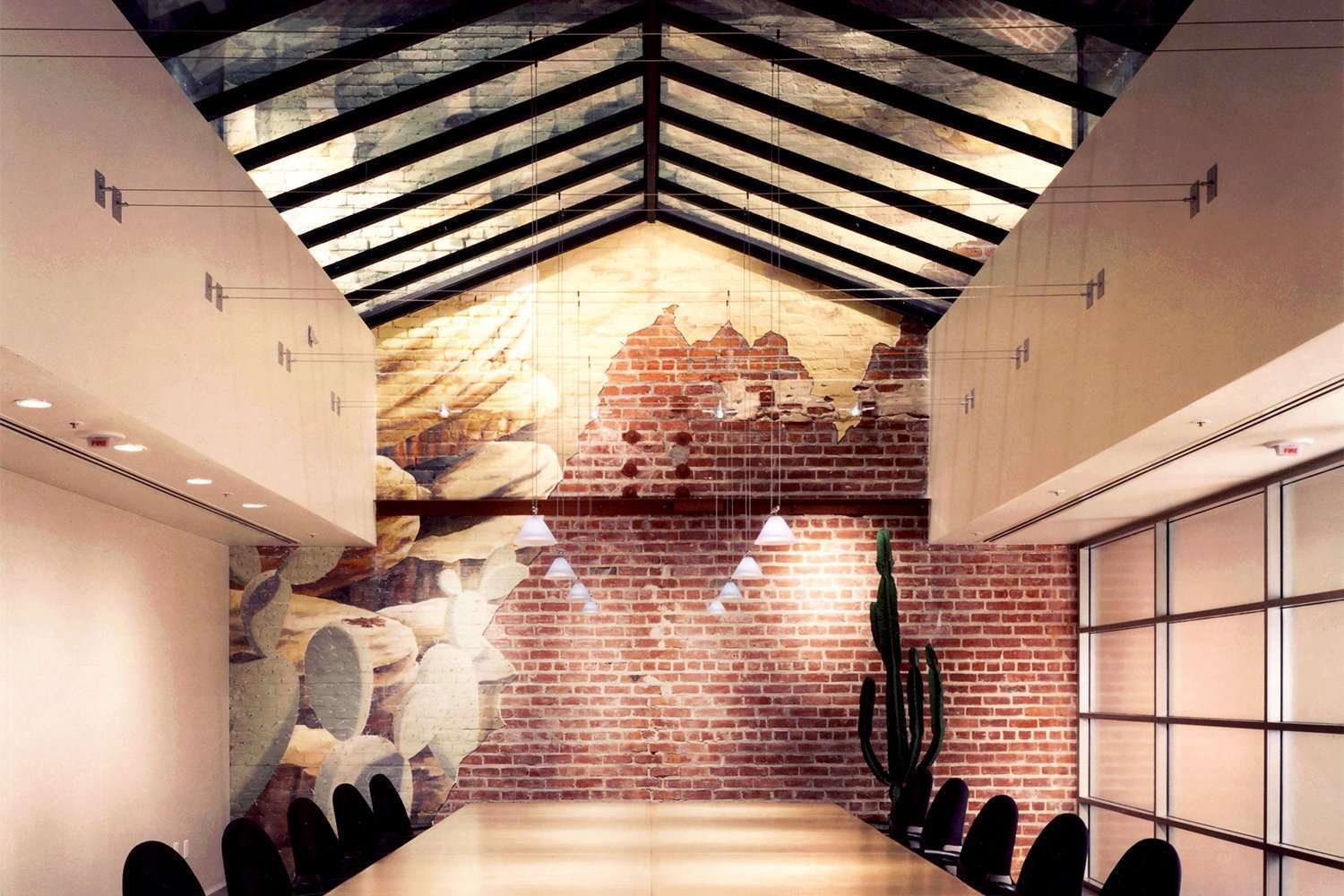 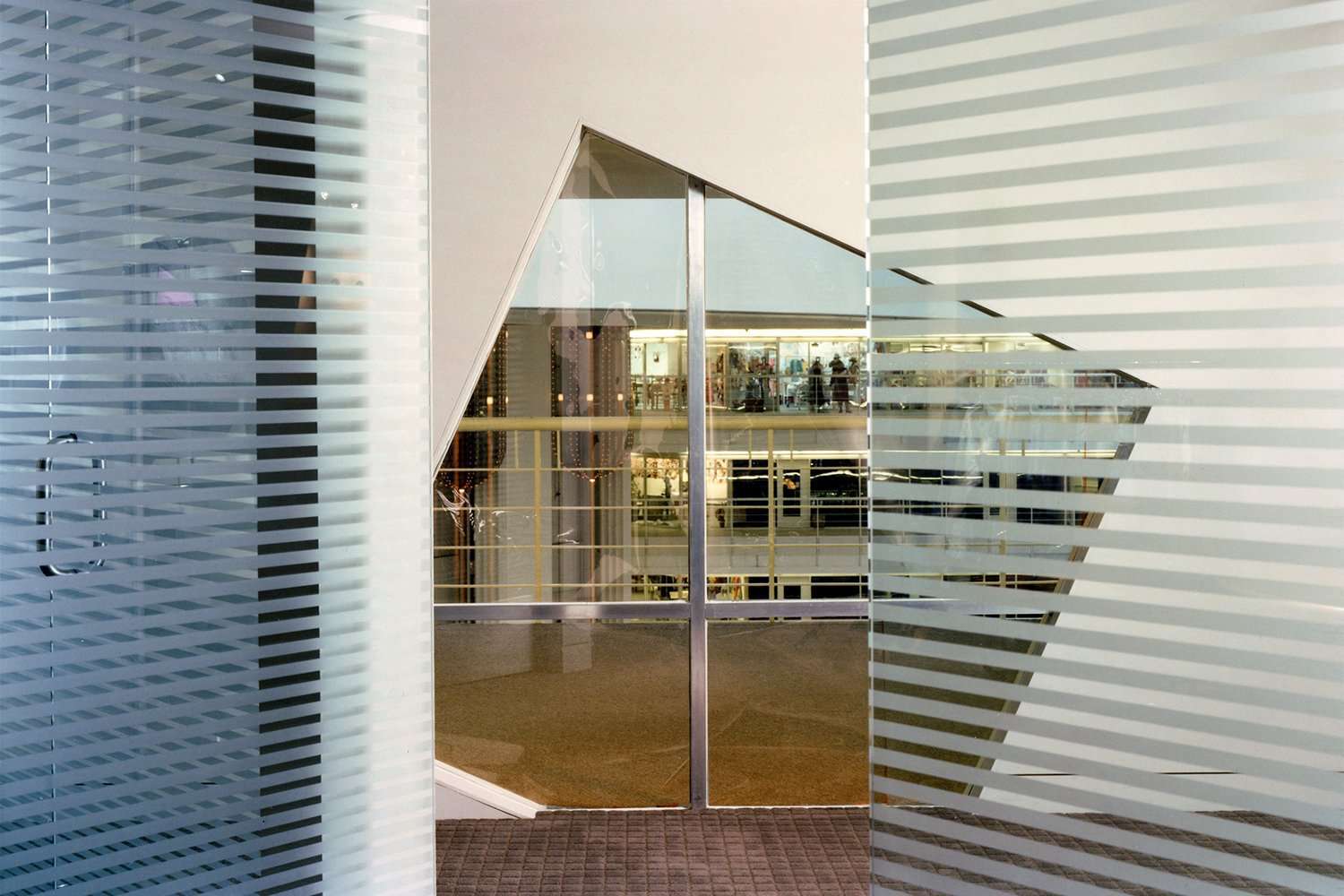